Yes, those beads in your picture are really bad fakes, unlike anything that was ever made (until now) from that area. i haven't been in Peshawar for four years but at that time I think most of the fake glass beads in the market came from India (low end) or West Asia (high end). Perhaps some of the replica stone beads came from Peshawar itself, but I was told that most came from the Swat Valley. It may have all changed since then.

I'll post pictures of a couple of ancient etched carnelian beads that I bought there five or six years ago. I bought a couple of good strands at that time, but I don't have photos of any of the others here in Canada. The first fascinates me (a) for the technique, and (b) for the way the shadow of the pattern in the stone itself (with an eye included) survives behind the geometric etching. There was quite a bit of discussion about the technique when I showed it here before (sorry, I can't find the link), because of the way the black changes to white at one point.

Jan and Bob have a lot of very good examples they could show you, or you could do a search for them. 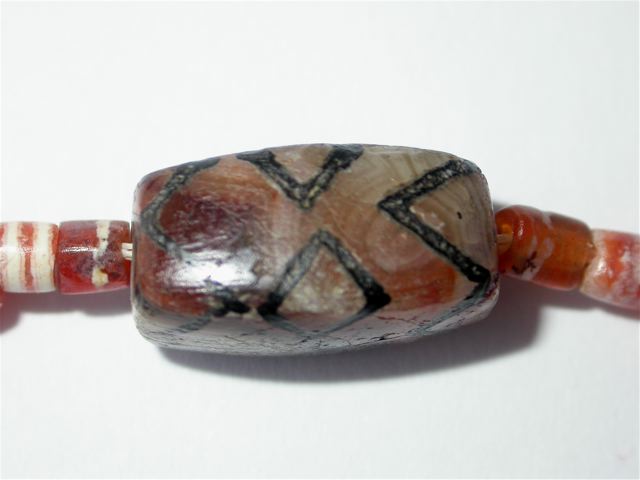 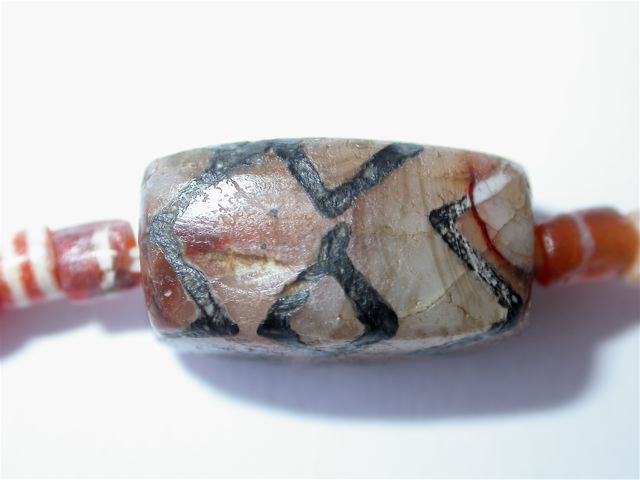