Post Reply
09/13/2022, 13:24:38
I bought recently a necklace on Catawiki. It’s made of glass beads interspersed with thin metallic beads from Ghana. Glass beads imitate chalcedony or its varieties like as banded agate or carnelian. The seller wrote me that they were bought in Indonesia by a friend of his and are said to be Bohemian beads as old as XVI-XVII centuries. Jamey Allen already suggested a more recent age (XIX century) for similar beads, in a paper presented at the International Bead & Beadwork Conference held in Istanbul in 2007. I think that these beads are not from Bohemia but from Venice, made around the half of XIX century, as I found them in the catalogue of the Glass Museum of Murano (“The World in a Bead” by Augusto Panini, 2017). For those of you who have the book, check for instance card #78 and 79 by the famous beadmaker G.B.Franchini, or card #97 by Fratelli (= brothers) Dal Medico di Giacomo. They were also made in different colours like as green imitating malachite (hank #63 by G.B.Franchini) or reddish (? ) imitating…I don’t know what (hank # 67 by G.B.Franchini). 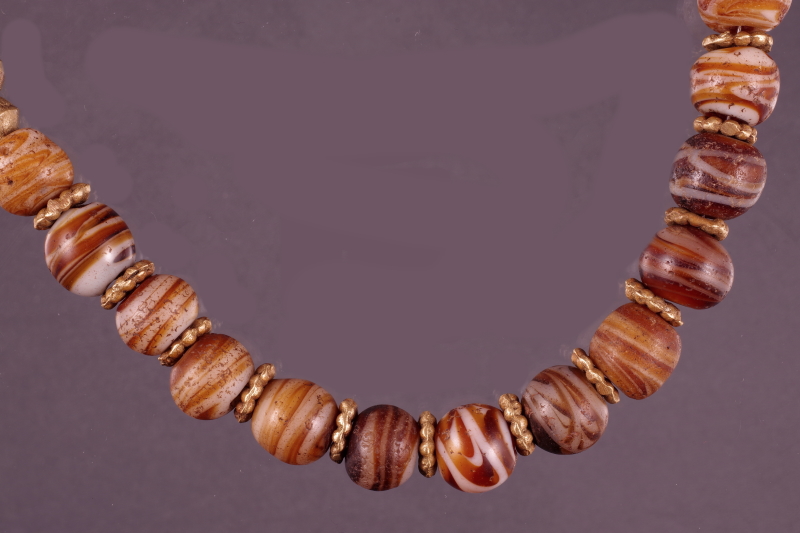