Most of the koi beads I've collected are in the 14-15mm range, with some small ovals in the 10x8mmm range.

Also have a filigree enameled pendant, and a small vase from the Beijing Enamel Factory (Jingfa).

Curiously, the stamp on the back of the filigree pendant seem to match that on one of the more uncommon Chinese filigree box clasps, that is stamped

A Silver Made In China

That mysterious little "A" - I have no idea what it signifies.

The two recently acquired cloisonne necklaces both have this clasp, and the style of the wirework makes me fairly certain the beads were made by the same person. Oddly, the black necklace that features mostly lotus blossoms doesn't have a koi bead (in contrast to other similar necklaces with beads in the lotus pond theme); it's the blue floral necklace that also has the bat and the koi beads. 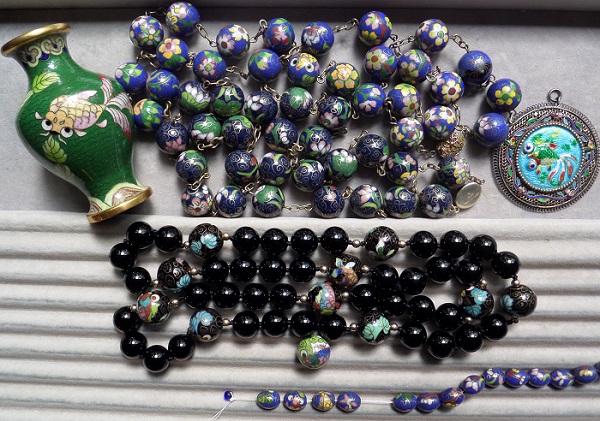 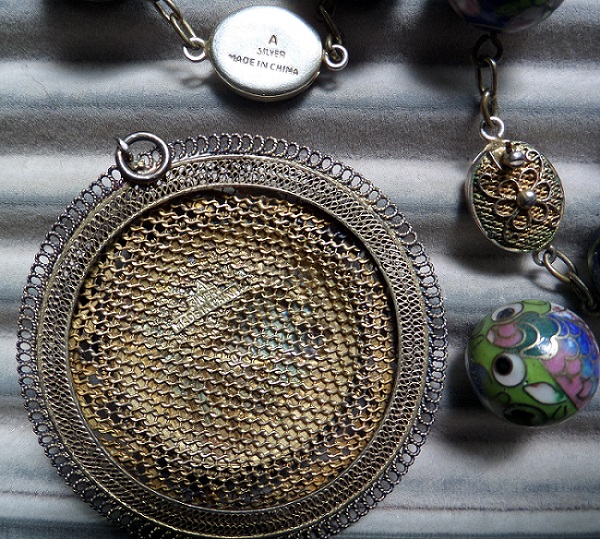