Post Reply
09/18/2021, 14:20:30
I got a strand of these in Tucson last year - they were a lot nicer than other recycled Venetian beads that I've seen previously. The surfaces were smooth and glossy and the beads were fairly uniform in size. The perforations were conical. A nice example of "second life" beads!

The outer layer appears to be crushed-up Venetian millefiori trade beads beads that had black bases. Some beads have almost intact millefiori "eyes". The tan powder glass cores are visible on the ends and also in places where the coating had large gaps.

Is anyone familiar with the source or time frame for beads like these? I'm assuming West Africa, probably Ghana, but wonder if they are recent production. 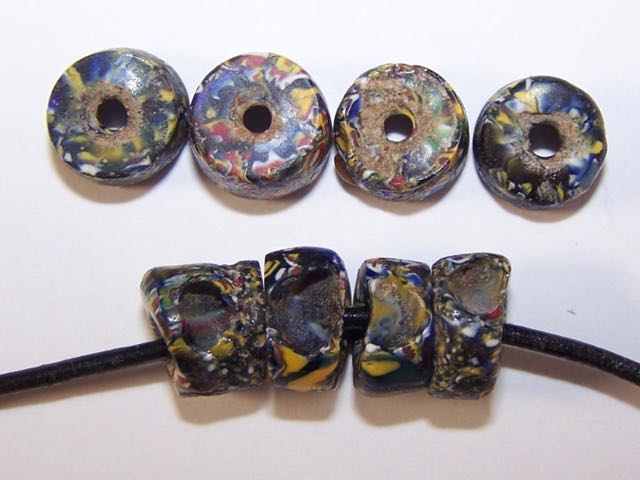 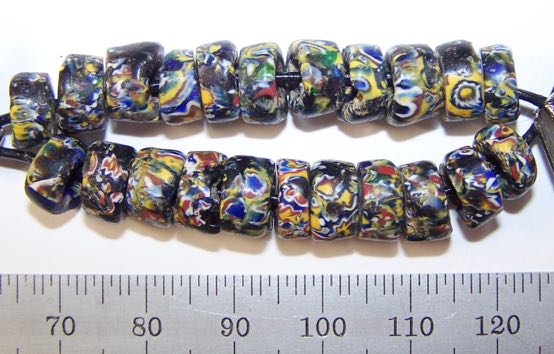