Reviewing the Picards' book on "Russian" beads, some of these beads appear to be cane drawn, others are molded and then hand cut to produce 50, 55, or 60 facets.

Inspecting some of the more bicone-shaped beads under a loupe, the surface fissures in the glass indicating molding are parallel to the length of the bead - i.e., as if the mold were closed like a coffin lid.

The grinding removed all traces of mold seams, but I wondered exactly how the holes were produced? Isn't getting the mold pin out of molten glass a tricky proposition? Pic attached showing the difference between the holes on a presumably molded beads and a cane drawn bead. [the large cobalt bead also appears to have had a further later grinding, presumably to remove wear chips around the holes)

Anyone have knowledge of or care to hazard a guess as to the type of mold tong that was used? 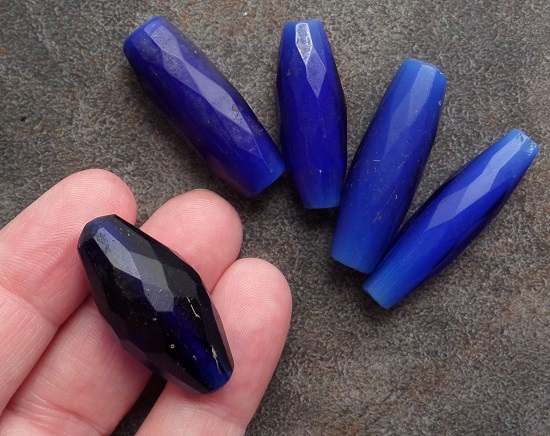 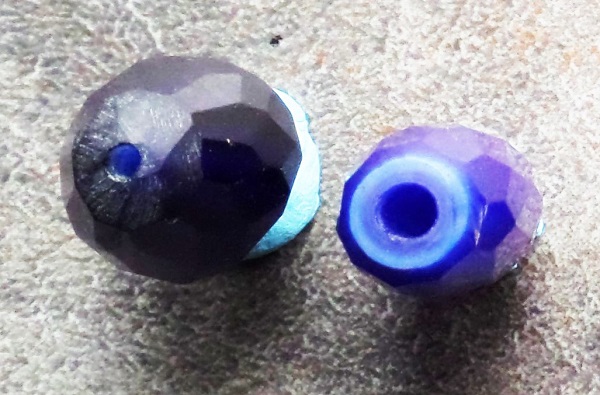