I was very fortunate to have been introduced to Hermon and the Yone's bead store in 2011. I was rather slavishly acquiring Venetian trade beads at the time, and Hermon had many trays of singles and small groups of them, as well as full strands. I made quite a few treasure-hunting visits to Yone's over many months until I had fully picked over his inventory. Hermon was always a cheerful host although once he fell asleep in his chair while waiting for me to finish up my selections. Since he was around 90 at the time, it was understandable, and I delayed waking him up for as long as I could!

Here is a photo of Hermon showing off some spectacular Venetians, from July 2011. The photo was taken by Frederick.

Thank you Hermon for your dedication to the bead collector community - you will be missed! 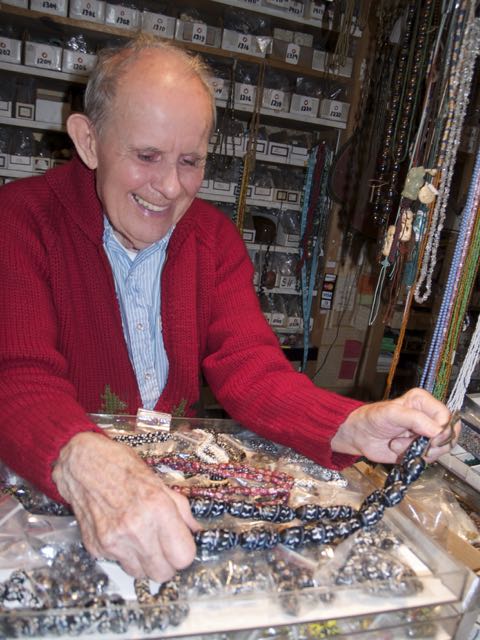