It's definitely an interesting seal, and the wear looks as though it may be authentic. But, as with everything, there are many good (as well as bad) fakes out there. Do you have an impression of it? Even although it appears to be heavily worn, it's amazing how the pattern can reveal itself in a rolled-out impression. And that might help with dating.

And are you sure it's actually hematite? I'm asking because I have a hematite seal myself; I couldn't find it this morning, but then I thought I saw it at the back of a box. It turned out actually to be black steatite, which was obvious as soon it was in the palm of my hand. I'm still looking for the hematite one. The most beautiful I've seen was one that I remember Joyce showing here some time ago.

I love hematite; if it wasn't for jade, I think hematite would be my favourite material for beads and small carvings. It's the density, seemingly half-stone, half metal, and the glow, the sheen that it assumes with polishing.

I'll attach a couple of examples. The first is a pendant that, according to Yankee, is probably later Nautifian from West Asia, a stunning 10,000 or so years old. And the second is one that I treasure, a hematite frog amulet, that I've assumed until recently was Babylonian (mid-second millennium BCE). But then I saw a very similarly carved bead in a museum that was said to be Sumerian, so it may possibly be quite a bit earlier than I thought. More work required!

PS There was an interesting discussion about hematite on here about six or seven years ago, in which Yankee showed a number of very helpful examples. 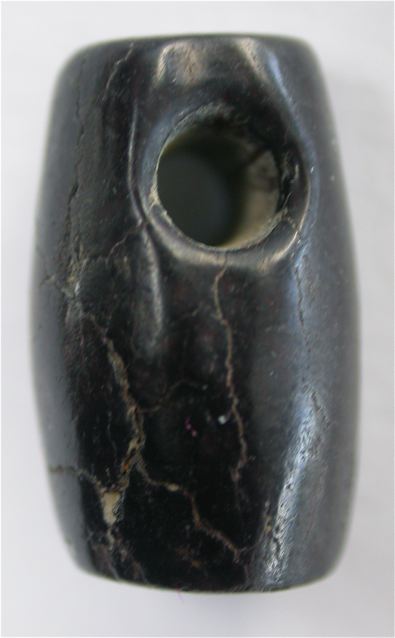 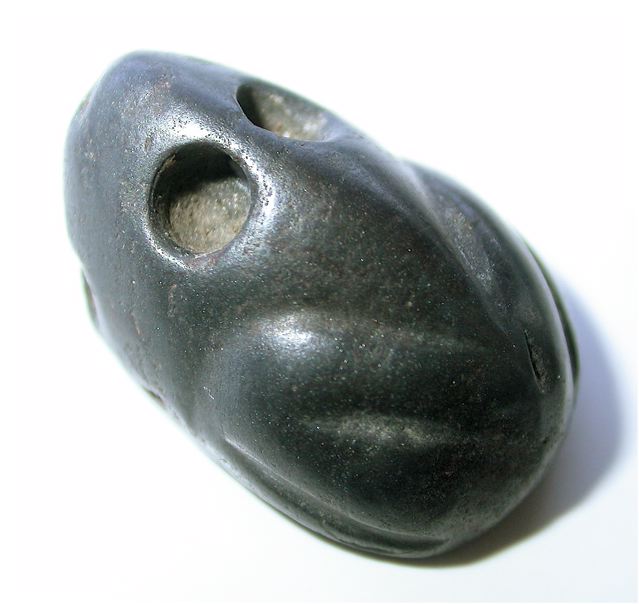