Beadiste wrote they appear to date to the last-quarter-19th century and Frederick pointed out the beads have astonishingly fine wirework. I'm in awe.

I saw this platter on eBay and think it bears a striking resemblance to these beads. If perhaps not by the same maker, surely from the same period of Japanese cloisonne. 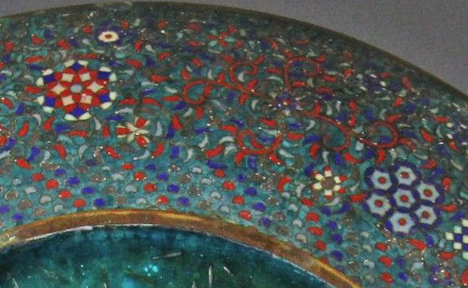 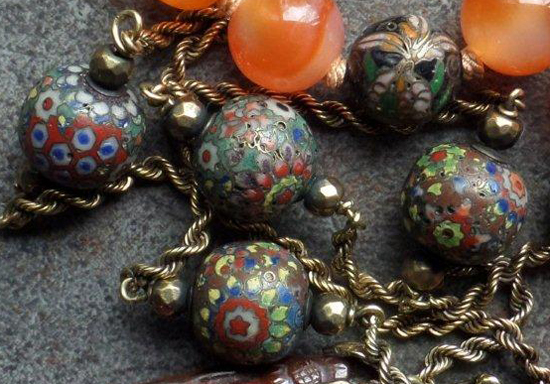