Post Reply
01/23/2021, 11:45:34
I'm sorry to say I know nothing really about coral. Over the years I've bought quite a lot of it, but always as presents for friends, not for myself. Recently, however, I got this necklace more or less by accident.

In the summer I was at an auction - live, outdoors. I had heard the family that had lived there had had some Asian ceramics (they were Dutch originally and relatives had lived in Indonesia). Just before it came up, I noticed a very nice fifteenth century Vietnamese porcelain jar partially wrapped in a cardboard box. No one else wanted it, so I was the lucky buyer.

There were a couple of other things wrapped in newspaper at the bottom of the box, but i didn't even unwrap them till last week. That's when I found this necklace.

I like it a lot, but I don't know enough even to tell if it's dyed coral or genuine. The beads are large (18 to 26 mm) and deliberately chunky, and their imperfections are part of the appeal. The necklace is 42 cm long and weighs about 150 grams. The central pendant and the fastening are sterling (95%) silver. There's a hallmark on the pendant, but it's quite worn down - I can see the letters SSD in what seems to be deco lettering. That pendant is fairly heavy and an unusual form with two straight edges and a long u-shape.

I'd really be grateful to know more about the beads, and also about the necklace. It seems to come from a fairly high-end jewellers and vaguely I think I remember a photo from the 1930s or '40s of a Dutch family where one of the women was wearing a necklace with a similar pendant. But I may be making it up!!!

The beads are not quite as red as they look in the photos, but they are still more red than most of the coral I'm used to seeing.

Thanks to anyone who can help. 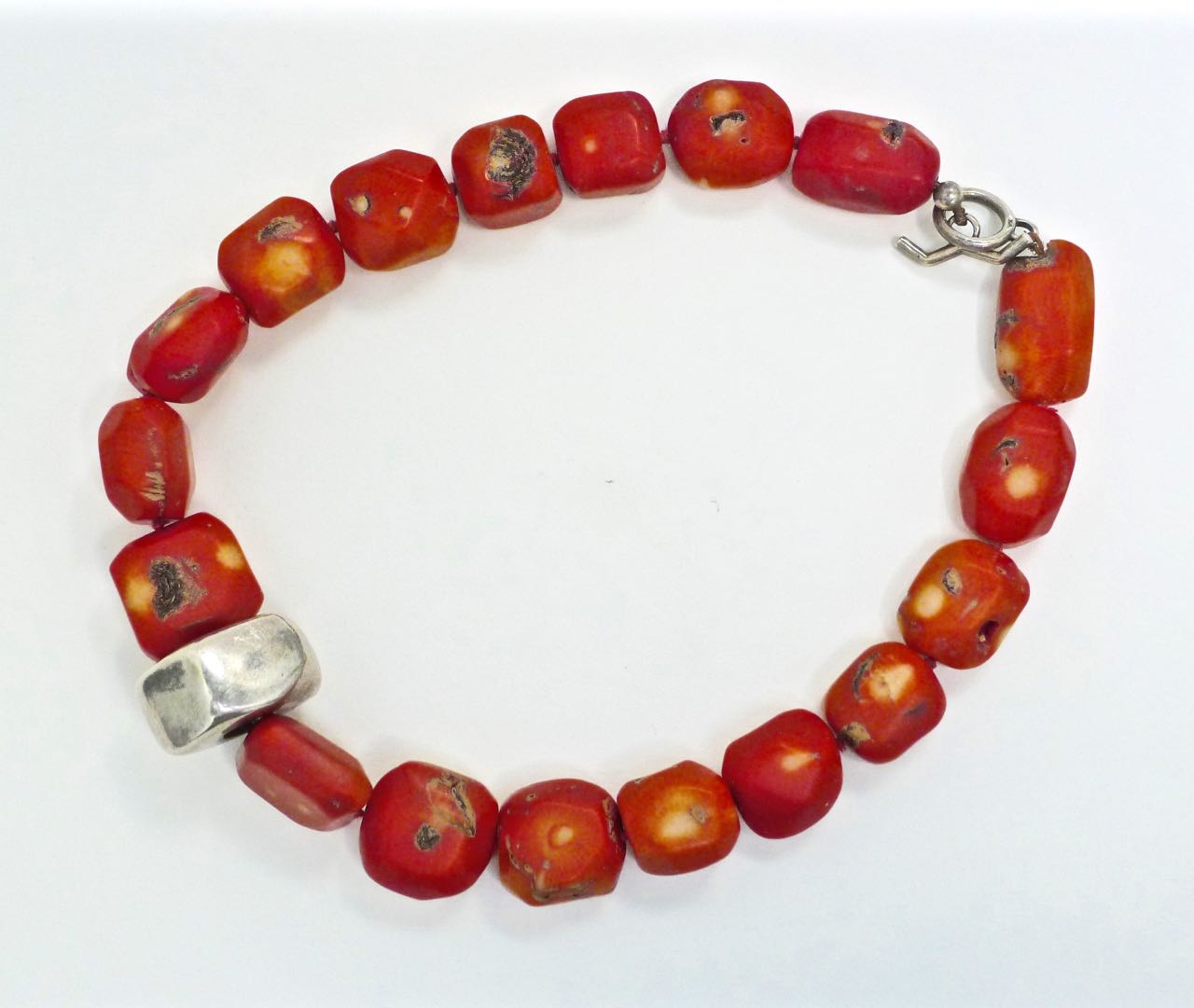 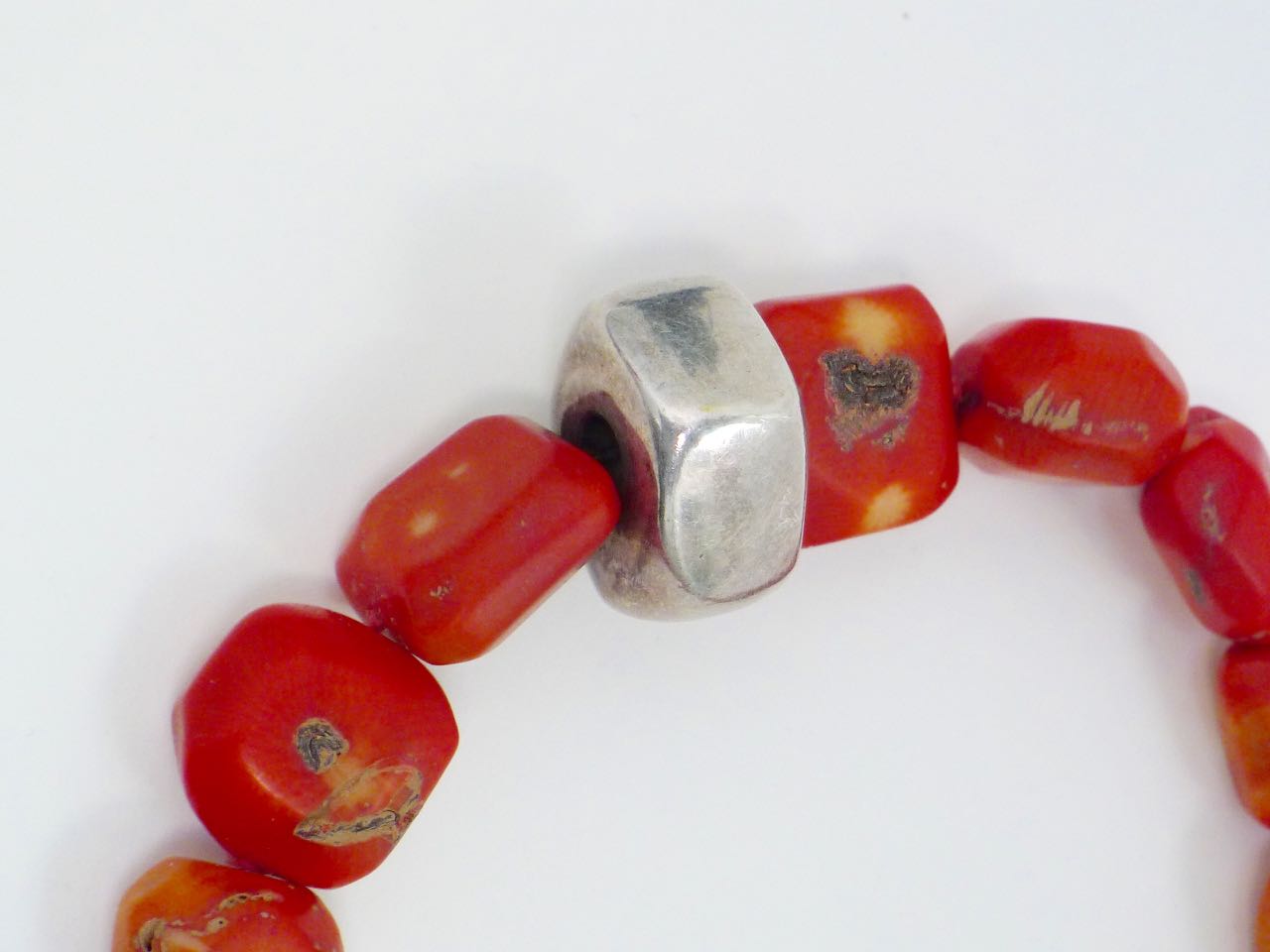