As you know from Facebook, I have been showing the dragon beads I have been buying over the previous fifteen months (this having become a prodigious number). And, of course, I have enjoyed our exchanges about issues of identification and times of production—as well as re-reading your blog essays on these topics.

I bought a necklace at eBay that is primarily black cloisonné with flowers, and also including some nice melon-form carnelian beads. I bought it because (even though the flower beads are commonplace and mediocre), it has two dragon beads next to the clasp.

Having examined the necklace, once I got it, I have drawn the conclusion (based on the clasp and the stringing style) that this piece was composed in the 1980s. And when the dragon beads are considered, they are such a departure from most of the beads we see in the marketplace, I am inclined to believe that these may represent a (new then) standard of production for the 1970s (perhaps).

I am showing the necklace here, as well as the closure. I know it's difficult or impossible to see these beads as "dragons"—but once I have cannibalized the necklace for parts, I will shoot these beads to show their circumferences.

P.S.—My package for you was delayed this past week due to rain and a dental emergency. I'm hoping to get to it tomorrow! 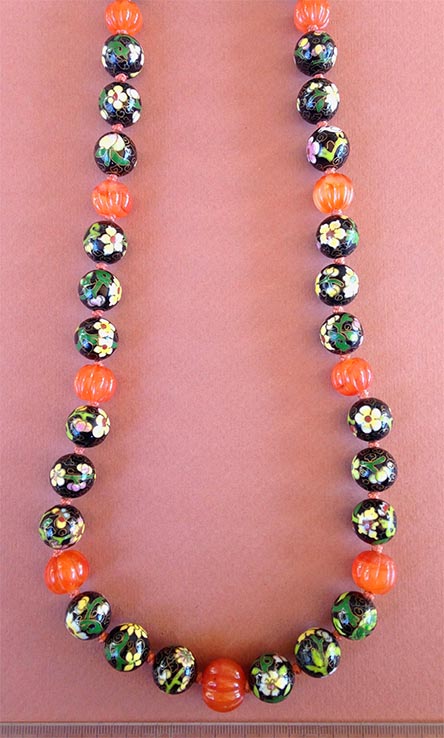 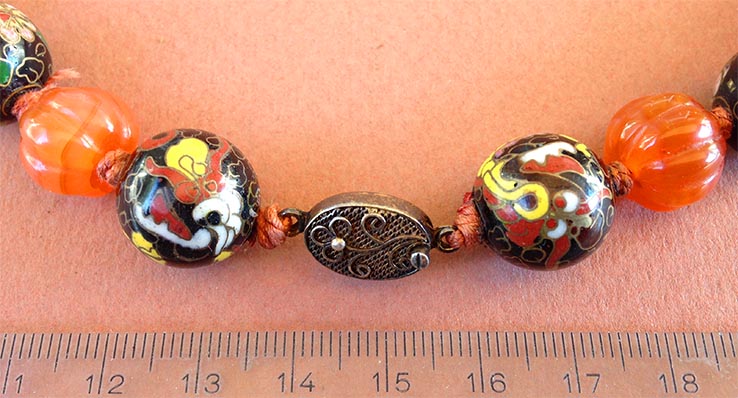