Actually, Alison, who sold Jake and me these two beads, originally posted them here on the forum in January and was brushed off with a standard comment about the fakes which are made in Southeast Asia. I didn't see that brief exchange at the time, but saw the beads when Alison put them up for sale on eBay. The images were rather hard to make out, but Jake and I corresponded with each other about them and decided they certainly seemed to be authentic - which I'm sure now they are. I think Jake ended up with the better of the two (well done, Jake!), but they're both very nice.

But authentic what? Alison had bought them in London and been told they were Pyu, but I'm a bit doubtful about that. Both beads look to me to be intended to be lions, rather than the more common tigers which are generally portrayed as being more lithe and less bulky. It's generally supposed nowadays that the range of the Indian lion never extended into Southeast Asia, but I'm really not sure that that assumption is correct. If it is, then a lion-shaped bead would have had to be imported from India or, at the very least, copied from an Indian model. In fact, carnelian lions have been found both in Thailand (at Ban Don Tha Phet and Khao Sam Kaeo) and in Samon Valley and Tircul sites in Burma. Sometimes, with the Burmese examples, it's difficult to tell the tigers from the lions; last year I finally managed to get a friend to sell me a huge (nearly 10 cm) carnelian bead that I had been coveting for fifteen years or more; he said it was a tiger; I say it's a lion. I'll try to get a vaguely in-focus image of it and post it here sometime soon. I'll also attach here an image of a lion from a gold four-sided seal that was found at Khao Sam Kaeo, the ancient port and bead-making site on the southern Thai peninsula. It's rather similar to these crystal lions, though still not the same. The epigraphy dates it to the 4th century CE, and my own guess is that it was probably made at one of the Tircul cities in Burma.

Now, back to the two crystal lions. The reason I'm doubtful about them being Burmese is that all the ancient big cat beads that I've seen from there or from elsewhere in SE Asia are either standing or crouching. I don't think I've come across a well-provenanced sitting one. That's not to say there couldn't be a variant, but somehow the carving doesn't seem Samon Valley or Tircul to me, and the style seems slightly wrong too - almost all the early Burmese beads that I know are highly symmetrical, and in mine at least (what about yours, Jake?) the head is turned to one side, and the base is off-centre also.

Where else could they be from? Well, I've seen similarly-carved but not similarly-shaped crystal beads from Gandhara sites, and the lion is certainly associated with Gandharan Buddhism. That's a possibility. And in central Asia and west Asia there are a lot of lion beads and seals. I've seen a similar sitting image of one in a report of Bactrian excavations from Central Asia and my hunch is that that is probably where these two bead might prove to have come from. It would be great if somebody here could come up with a similar example. 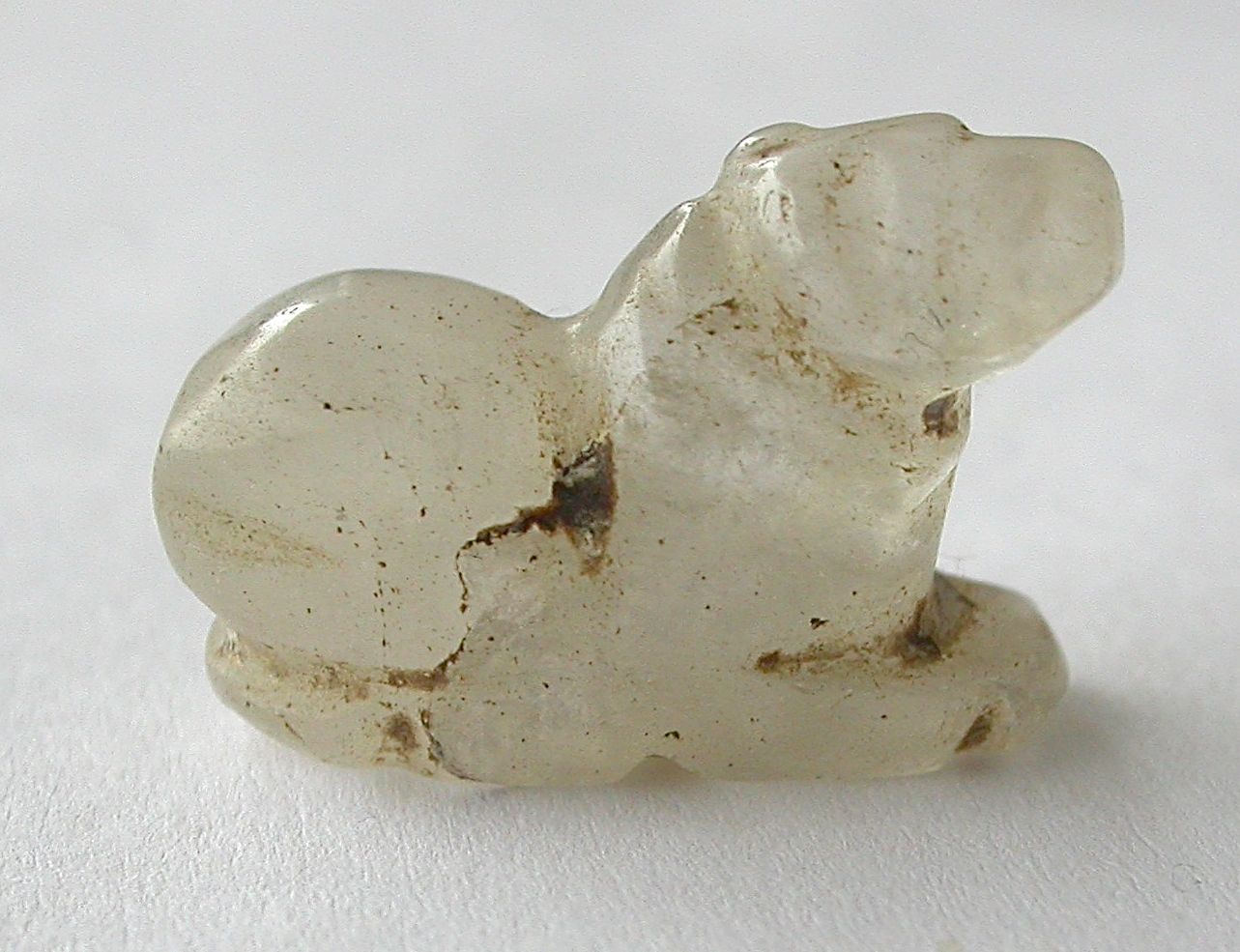 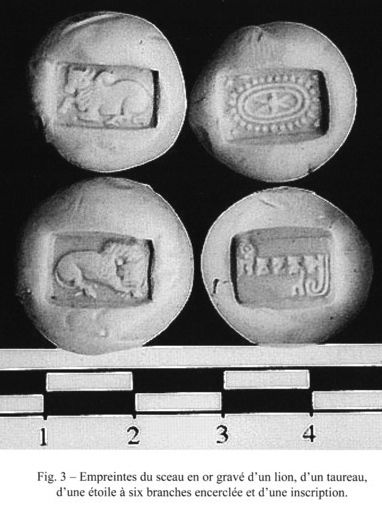