Mail author
02/25/2012, 12:16:36
Finally, for now, here's a picture of a pumtek that was excavated from a Samon Valley site just about a year ago. It's one of the few genuinely ancient pumteks that has been found in a scientifically controlled dig. They are extremely rare.

You wouldn't know that from looking at e-bay in recent months, however. A lot of pumteks have been sold recently for very inflated prices by dealers who ought to know better than to advertise them as "ancient". Ancient does not mean "some time in the last 100 years or so," which is the actual date of manufacture of most - all or almost all - of these beads. They're perfectly nice beads, but it bothers me to see people throwing a lot of money away on them. And it gets legitimate sellers (and collectors) of ancient beads a bad name.

There, I've been meaning to say that for several months!

This bead (12 mm. d.) in the picture comes from a site that has been carbon-dated to the late 3rd century BCE. Since the stone is Burmese it's additional confirmation of an indigenous stone-bead-making technology at that date. 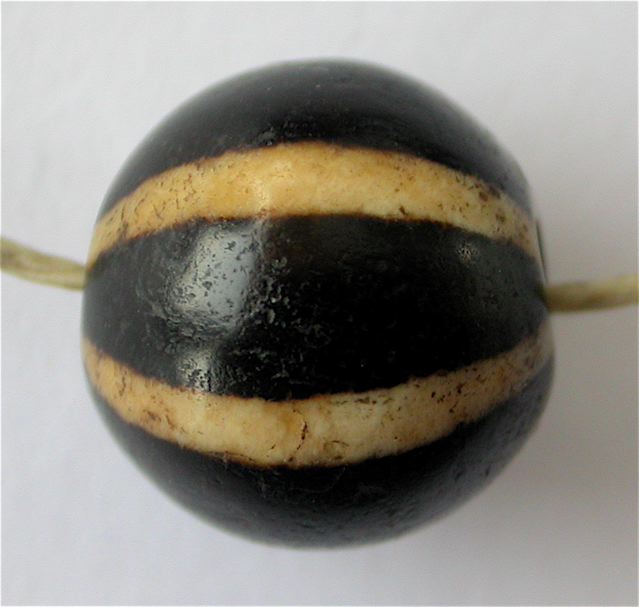