It's very instructive to look at these. I agree with what Yankee, Thomas and Christine have said, but to be honest I think I would have been quite capable of falling for some of the beads that I think are fake if I had seen them individually (#1, for instance). And it's always more difficult to be sure of one's judgement when there are some lovely apparently authentic beads (the two morfia - #4 & 5 on line 3) mixed in with the batch.

What first awakened my suspicions was the poor quality of the three fake "morfia"on the left in line three. They really don't look very similar to any genuine beads I've come across. And for most of the beads that appear to be doubtful or worse, I would also share Stefany's question with regard to the material they're made from. A lot of the colours (reds, yellows, blues) are a bit off in comparison to genuine ancient and Islamic beads and in many of them the white seems much too white for authentic ancient white glass. Are they even glass at all?

Let's try to establish some comparative examples so that we can talk specifically about what is wrong in the ones we think are fake. For a start I'll attach a photo of an authentic Roman bead that's similar in style to your #3, so that we can see the difference - the coloured and the white squares in your bead are all either slightly or substantially wrong.

I hope you get your money back from these, Nishedha, but in the meantime the discussion here can be very useful for us all. 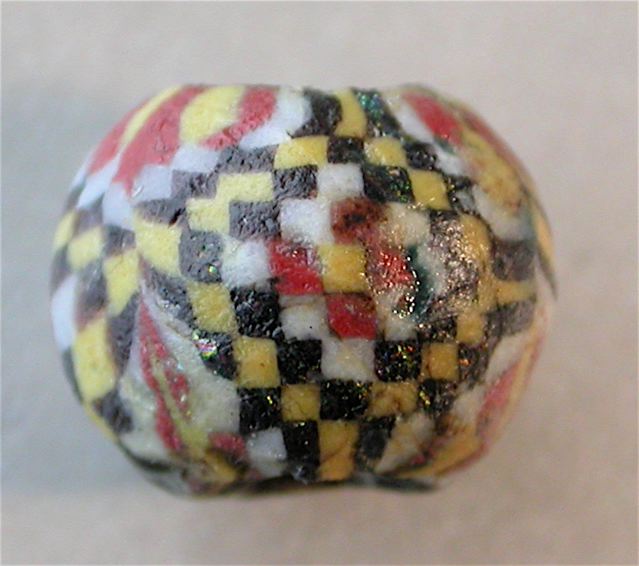