Actually there is quite a bit of information right here in the archives of this forum. They are generally referred to as "Chinese Warring States era beads", with the "eye-type" beads being made generally in the last half of the first millennium BC. It is a lengthy and rather unwieldy name, but is does describe the general time period in which they were made.

You have a nice little collection. The ones you show in the first picture are most often referred to as "Composite" beads because they are made of a composite of a terra cotta or faience-like core with a thin layer of glass. There are other types which are all glass, as well as other variations on the theme.

I would highly recommend the book "Early Chinese Glass", published by the Chinese University of Hong Kong, written by Simon Kwan, 2001. Of course it is mostly written in Chinese, but still informative even if you cannot read the Chinese portion. There are other references in many books and research articles over the years.

They are very fascinating beads made only during a rather short period of time relatively speaking. I have collected several hundred of these beads over the years. See a few examples below. 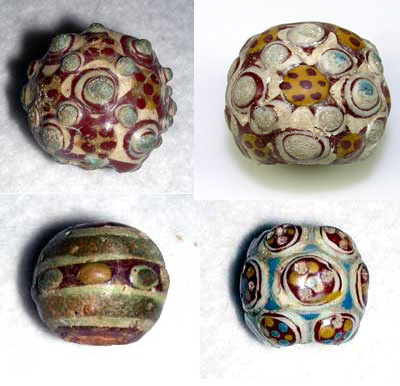 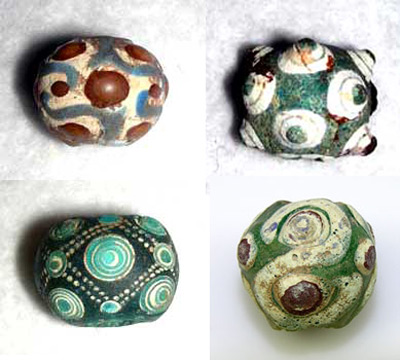