I have a necklace of similar enameled beads with a clasp that says "Hobe," a famous costume jewelry manufacturer. My notes on this type of clasp say that it was patented by the Miriam Haskell workshop, so I did a search and found this information:

"A new clasp was introduced in 1975, the slide clasp, which was a flat oblong shape with the patent number 3,427,691 on one side and the Haskell signature in block capitals on the other. This clasp was discontiued in the mid eighties."

Looking at the close-up pictures, it was interesting to see the difference in the size of the twist of the wires, from very fine to coarse. I think these beads are not as nice as the ones from the auction, which perhaps were made a bit earlier in the 1970s, before factory production became intensified once the U.S. embargo for imports from China was lifted in 1972? 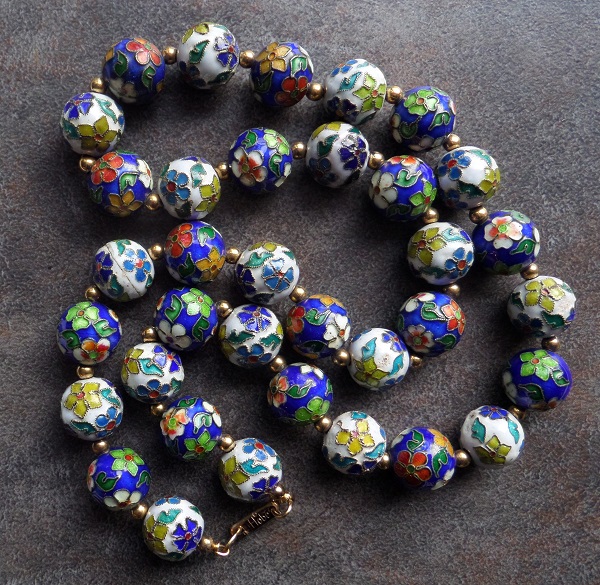 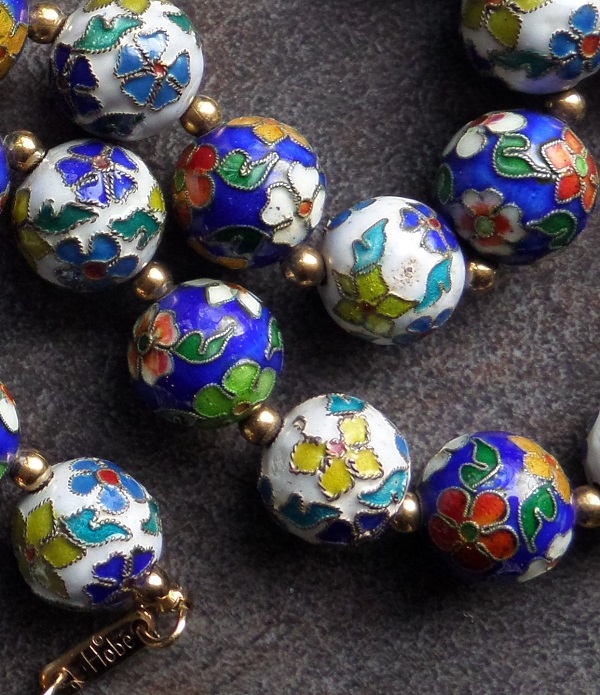