Perhaps the person who thought they were new copies has confused them with similar lamp beads that were made to imitate the older, 3-layer drawn beads.

These pictures show one of the lamp beads (left) together with two similar drawn beads. My understanding is that the lamp beads of this design are old Venetian beads but likely are newer than the drawn versions. 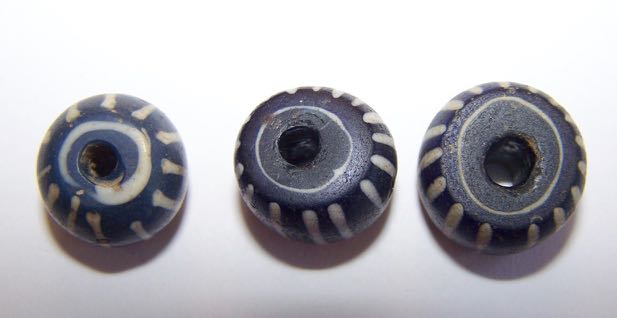