I'm glad you like the Vietnamese jar. It's unusual to find such polychrome ceramics in such good condition, especially at a farm auction in rural Ontario! They were made by potters at the My Xa kilns in Hai Duong province in Vietnam, but most of them were exported, occasionally to West Asia but mostly to Indonesia. There they became symbols of status at the courts of the new Muslim rulers who were coming to power at that time. I think one can see how the vibrant colours would fit into an Islamic aesthetic.It's an interesting connection that nobody has noted before.

Most of the examples that have come down to us are from shipwrecked trading ships, and centuries of salt water have almost always abraded the enamels and damaged the underlying glaze as well. I'll attach a photo of a large charger (35 cm diameter) as an example. Ali, you can see how these would have been desirable for Islamic-style feasts (in East Asia large plates were seldom used until centuries later). In this example, which is in much better condition than most, the vibrant underglaze cobalt blue remains, but the green enamel has become muted and the red and (possibly) gold have vanished. If one looks closely, their ghosts can be seen at certain angles on the glaze that remains.

Apologies to everyone else - this is a long, long way from beads. But for anyone in the eastern USA who is interested, I'd just like to mention that some of the finest Vietnamese polychrome pieces can be seen in the Boston Museum of Fine Arts (they were acquired mainly in the 1980s when one of my closest friends was curator there). 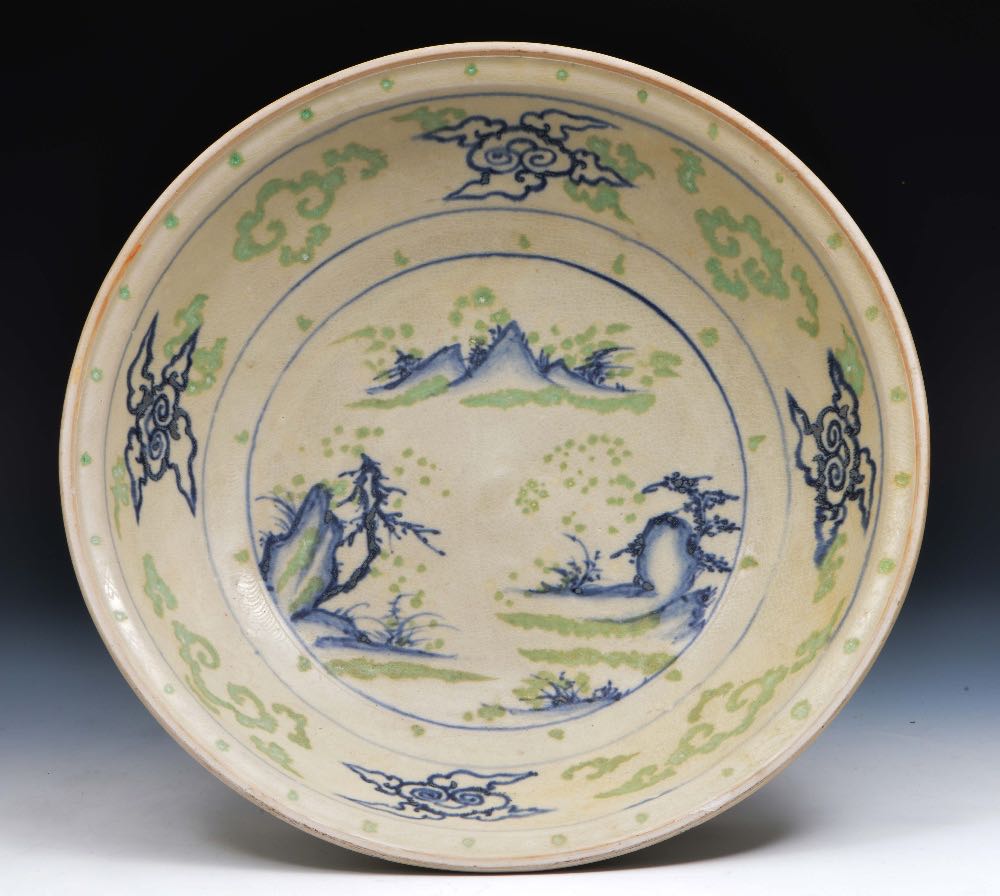