Thanks for opening up this topic. It’s a fascinating one.

The word chank comes of course from Sanskrit, shankha, and the chank shell is an important symbol and ritual object in all the great non-monotheistic religions that come originally from South Asia. I’ll attach below a Khmer (C12) bronze of Vishnu crossing the cosmic ocean, and in his upper left hand he holds - as almost always - a chank shell.

The chank shell was a symbol of water, and thence of purification, but it was also associated with the female genital organs and fertility, which may take us back to even earlier matriarchal cultures.

I don’t think there’s anything surprising about it appearing in Tibet as part of the spread of Buddhism. In earlier times already, huge quantities of cowries were transported over very long distances because they had come to be symbols of wealth, and monks or pilgrims would have felt honoured to dedicate years of their lives to obtaining objects of ritual significance for their monastic centres. 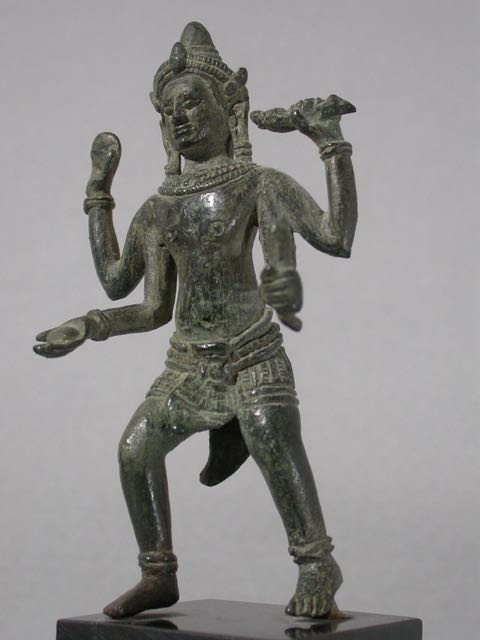