Post Reply
05/13/2020, 16:11:07
These are ring beads, they small and quite thick comparatively speaking. The disk beads are much flatter. The holes themselves are quite large, primarily due to the manufacturing process whereby the faience paste was wrapped around a reed, stalk or some other type of organic matter. It was left to semi harden, cut into sizes, then fired which burnt off the organic interior.

The first pic shows a few unstrung ring beads; these are quite thick so easy to see but I have examples of ring beads that are less than half a mm in thickness! Such technical skill is extraordinary; I have no idea how it was done.

The second pic is a necklace of disk beads, the blue and green faience examples are ancient but the white examples are much later (50 - 100 years old). 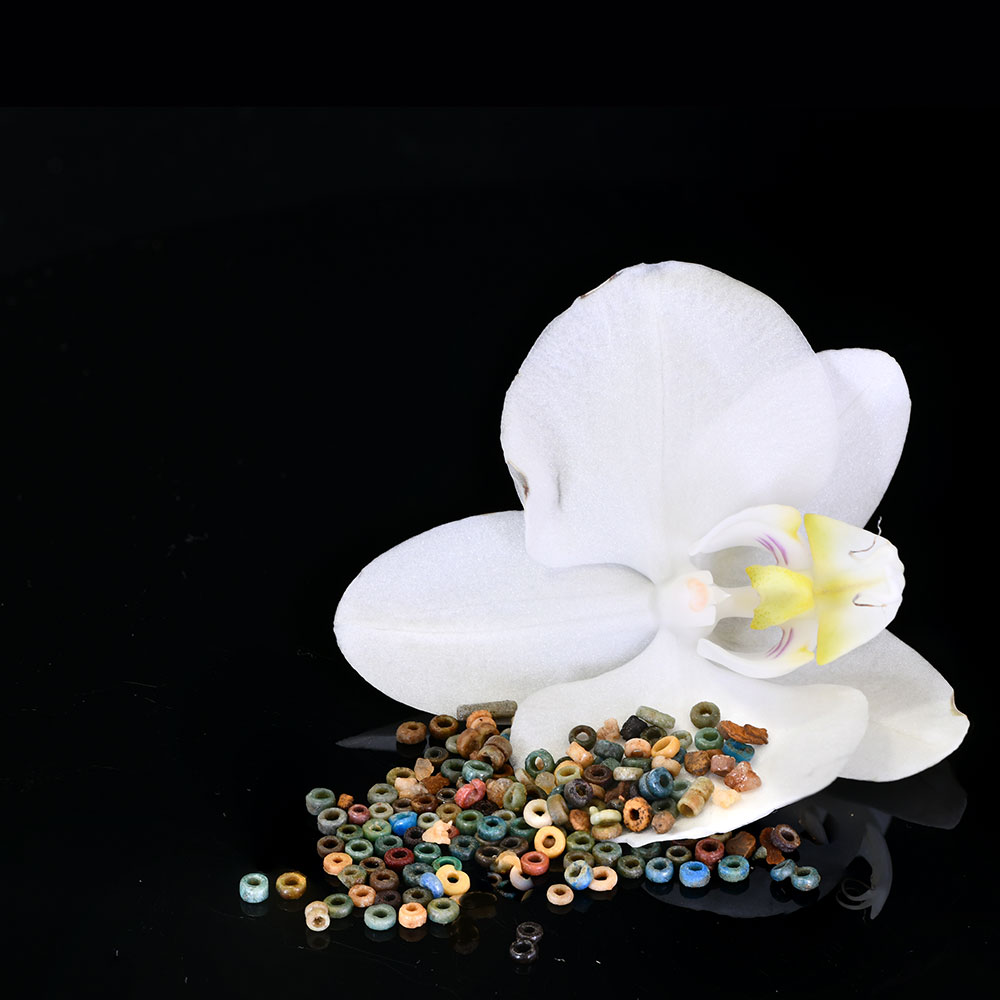 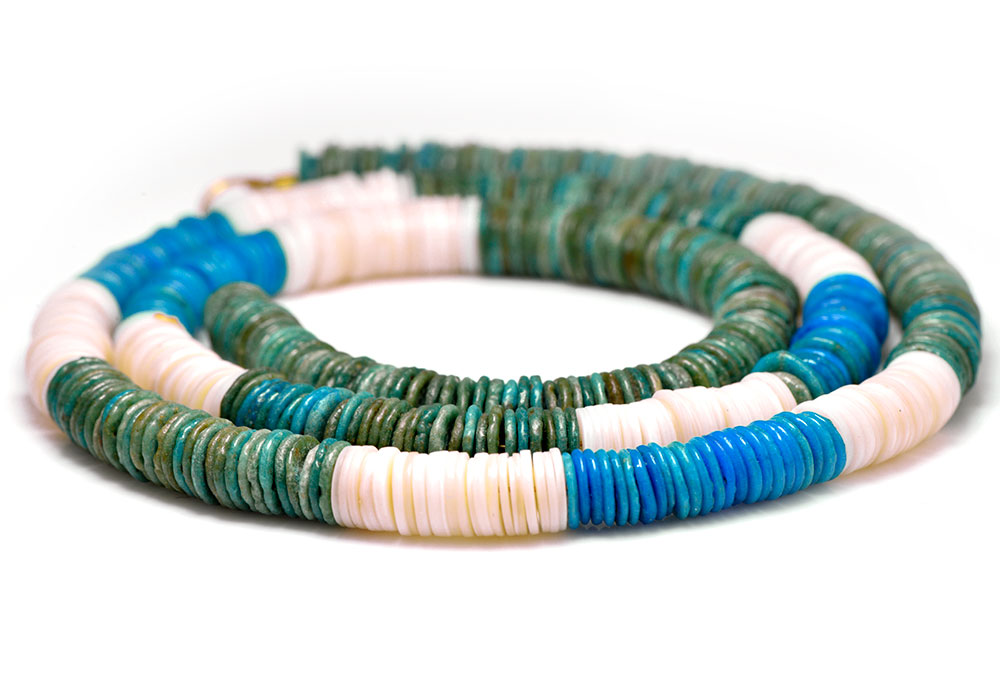