They are getting hard to find in any sort of condition, and I think I've used up all the "best" looking ones, as well as the smaller sizes. Lots of them are oddly shaped with very large holes. The second picture is what I have in my stash. I really like the ones that are slightly cone-shaped as they make pleasing necklace "ends".

I believe they are examples of furnace-wound beads made in the Fichtelgebirge region of Bavaria - as discussed in BEADS vol. 28 (2016)- in the late 19th to mid 20th century. Since the strands I've purchased all came from the African trade, it makes sense that they were produced during the heydays of European glass bead production for the African markets. I'm sure others know more about them than I do. 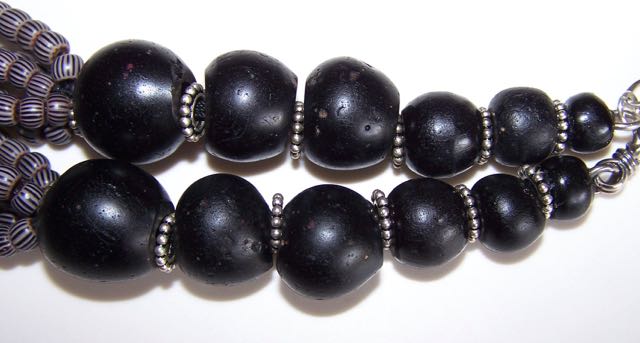 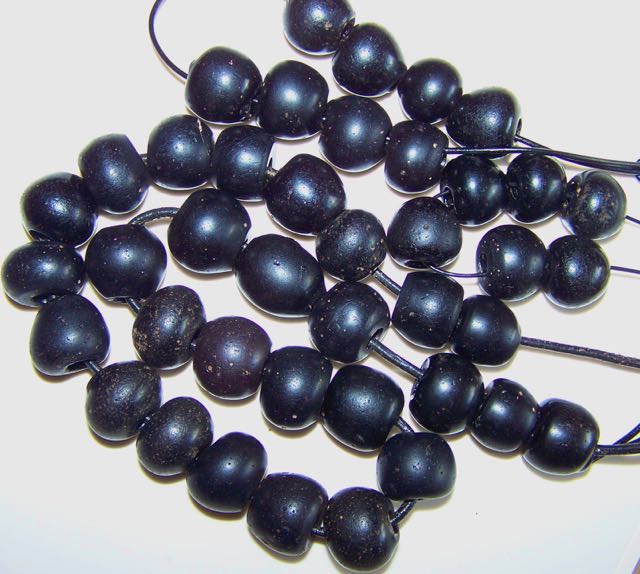