Post Reply
03/18/2020, 12:28:55
Prosser beads come in a much greater variety than people often think. They were made in a huge range of shapes and many different ways of coloring and decorating them.

On the question of hollow Prosser beads. They do exist, but I do not think they ever made into full production. The only one that I am pretty sure of is the middle bead in the first picture. It is in the personal collection from a woman who lives in Briare, where the Bapterosses factory was located. Some of the other beads in this picture might also be hollow or partly hollow, like the large blue one. However, I can not be sure. The same goes for the strand in the second picture (of which one is also in the first picture), from the Briare museum. There were lots of experiments in Briare. From weird chevron type beads to odd shapes and coloring methods. Many never were sold, and many experiments failed.

I have not found any hollow Prosser beads on any of the (many) sample cards or Prosser beads that I have seen in both Briare and Jablonec.

It is impossible for me to answer for sure if the beads shown are Prosser beads, but it is an option. 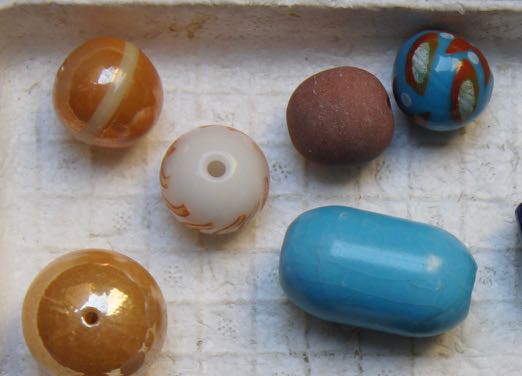 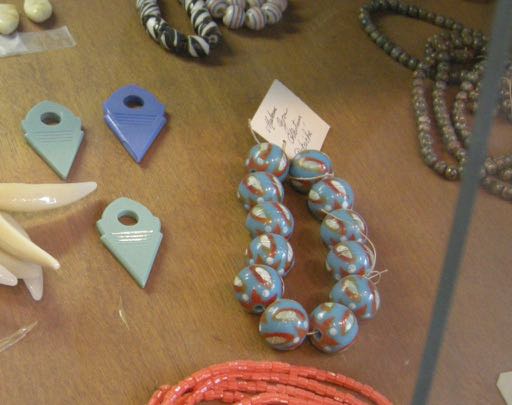