I'd like to see this necklace, laid out as though it were being worn—to understand its format better. I am assuming it is essentially a chain necklace with hanging spherical pendants (?).

Miriam Haskell was famous for making such necklaces. However I suppose her style was copied by others. For instance, I recently bought one at eBay—that did not come with her personal tag attached. So I have no idea whether it's her design or not. Plus, I think the design had been tampered-with, because the arrangement was not balanced, and something seems to have been removed, and the other pendants moved over.

Attached is a necklace I just harvested from an eBay offering, showing a typical (but elaborate) Haskell necklace. 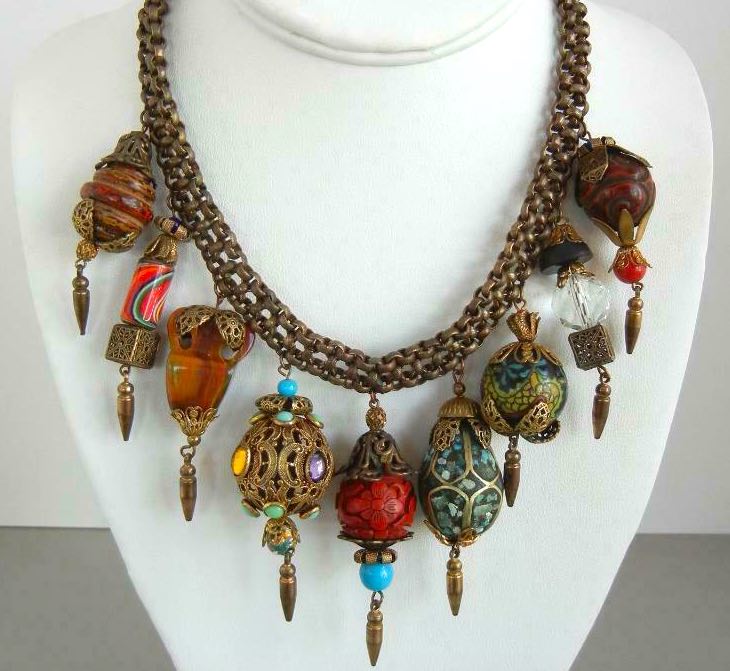