Post Reply
11/29/2019, 14:45:04
May or may not be "True" but 20 years ago I used to see the strands of large Stone beads, most of which had a vague or distinct "Eye" and looked Agate-like. Some of the beads had the "eye" pattern, some were plain and the colors ranged from white, splotchy white, browns, light to darker carnelian orange (heated?) to dark or dark and light banded. At the time the Traders said they were from Zaire, but I have no idea if that was true. Some of these beads were huge, and drilled rather poorly, the largest ones might have two holes if they missed connecting. But, what was surprising was that there were a few really Nice "eye beads" amongst the strands (I'm wearing one now), that looked like "Goat's Eye" Agates- even though Goat's pupils are square (I used to have Dairy Goats but that's another story)...I always figured these beads DID come from either India, Nepal or maybe the Middle-East? I'll dig some up and post..

Found only a few and not the ones I was looking for- but will post more when I do:

The necklace I wear everyday is the one with the green beads next to the Stone. There are three stones shown. Note the surface "crescent" marks on the second "eye" agate...wouldn't this denote AGE (although faked of course on Dzi beads, etc., no reason to fake here).... Sorry these are strung on old "creations"...but you can get an idea and see the hole in several: 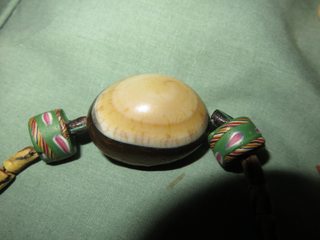 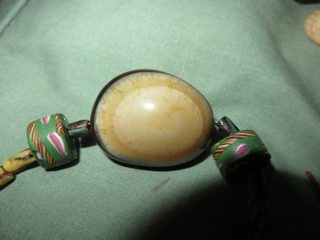 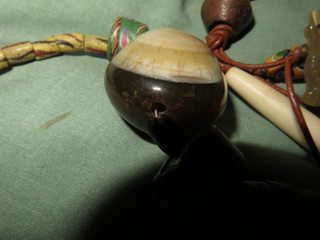 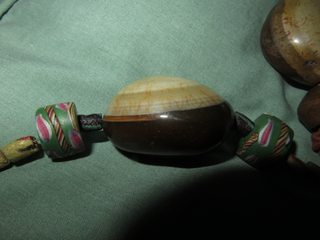 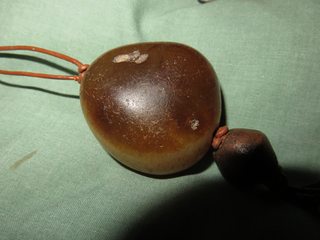 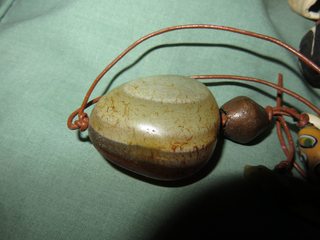 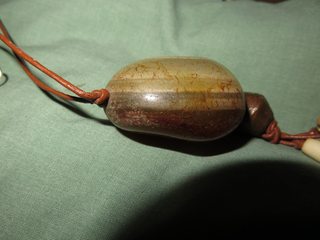 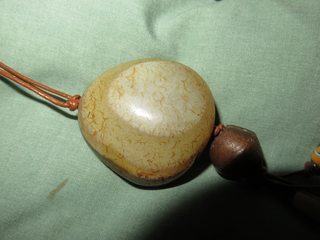 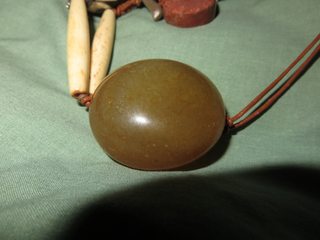 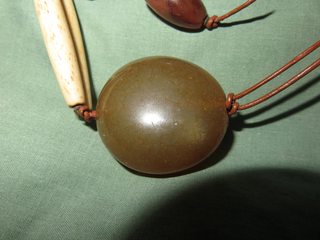