Post Reply
07/28/2019, 01:19:11
In 1999/2000 when I was arranging beads to be placed into the Bead Timeline for the Bead Museum DC, specimens were mostly single or small groups. But sometimes I created small arrangements to give an impression of how ensembles of beads may have appeared. In one instance, I placed an entire necklace—because I regarded it as an impressive and important piece.

This was from the collection of James Lankton, who did not know its identity nor purpose—though I recognized it from the writings of Horace Beck. Here's a photo of this Gougad-Pateraenneu; that you can also see in Lankton's book about the ancient portion of the Timeline exhibit, A Bead Timeline, Vol. I: Prehistory to 1200 CE (2003).

There was also an informative monograph by Howard and Marie-José Opper: "Gougad-Pateraenneu: Old Talisman Necklaces from Brittany, France." The Bead Society of Greater Washington Monograph Series 1. 1993. 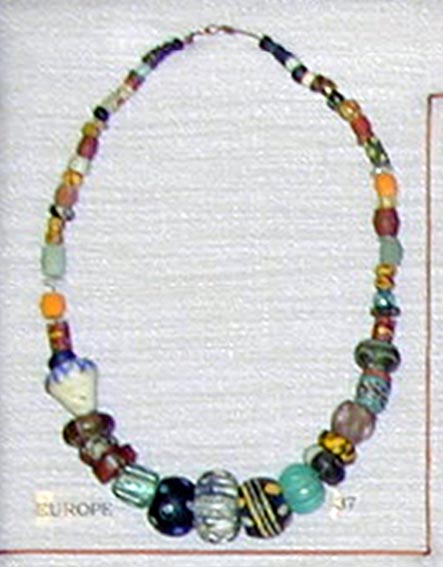