We have had many discussions about beads that are commonly sold as "Amber" or "African Amber" or "Copal Amber" but in reality are made from an early plastic material called Phenolic Resin.

These beads were made in Europe (Germany) in the 1920s to the 1940s (some are still being made today) and traded throughout Africa and other areas as Amber.

I have had most of these beads since 1973-1974 and they were bought as "Amber". Several years ago when I originally posted these on the old bead forum, NBS, Jamey Allen was kind enough to enlighten me as to what these really were.

However, these old imitation amber beads are highly collectable and sought after, especially the huge honkers I am showing here. The largest bead is 55mm (2+ inches) in diameter. I have had some of these twice this size in the past. 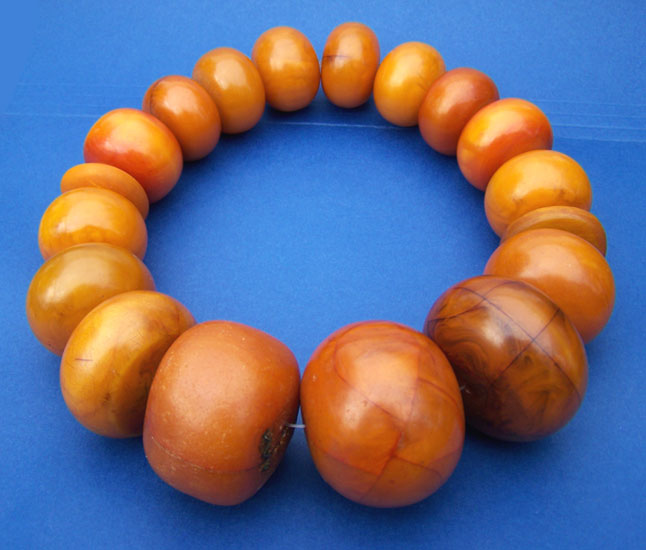