Mail author
04/02/2015, 13:11:46
For what it's worth, I have been selling in Tucson for 3 years now, buying for over 30! I collect pretty much all types and chevrons have been a part of my collecting since day 3......3 years ago I had several nice strands of 6 and 7 layer beads that I was trying to sell and had zero interest, I even offered some of them in trade for WAY TOO reasonable to our Trader friends and had zero takers....I have 3 or 4 steady customers that buy glass trade beads, no chevrons.....I personally think that collectors as a group are getting older, most have what they want and some are starting to sell off.....there is not a lot of new blood in bead collecting, I hope that is cyclical but I'm not so sure, I think the younger generation has gotten away from beads as well as books and other forms of material possessions in favor of technology! The Chinese buyers are dominating the current markets in the bead world, Coral is still hot but Amber has crashed, good stone is salable but glass is not understood by them......most people chasing the dollar selling beads are at the mercy of this trend....tons more to come on this subject...and yes, Danny, the economy sucks as well 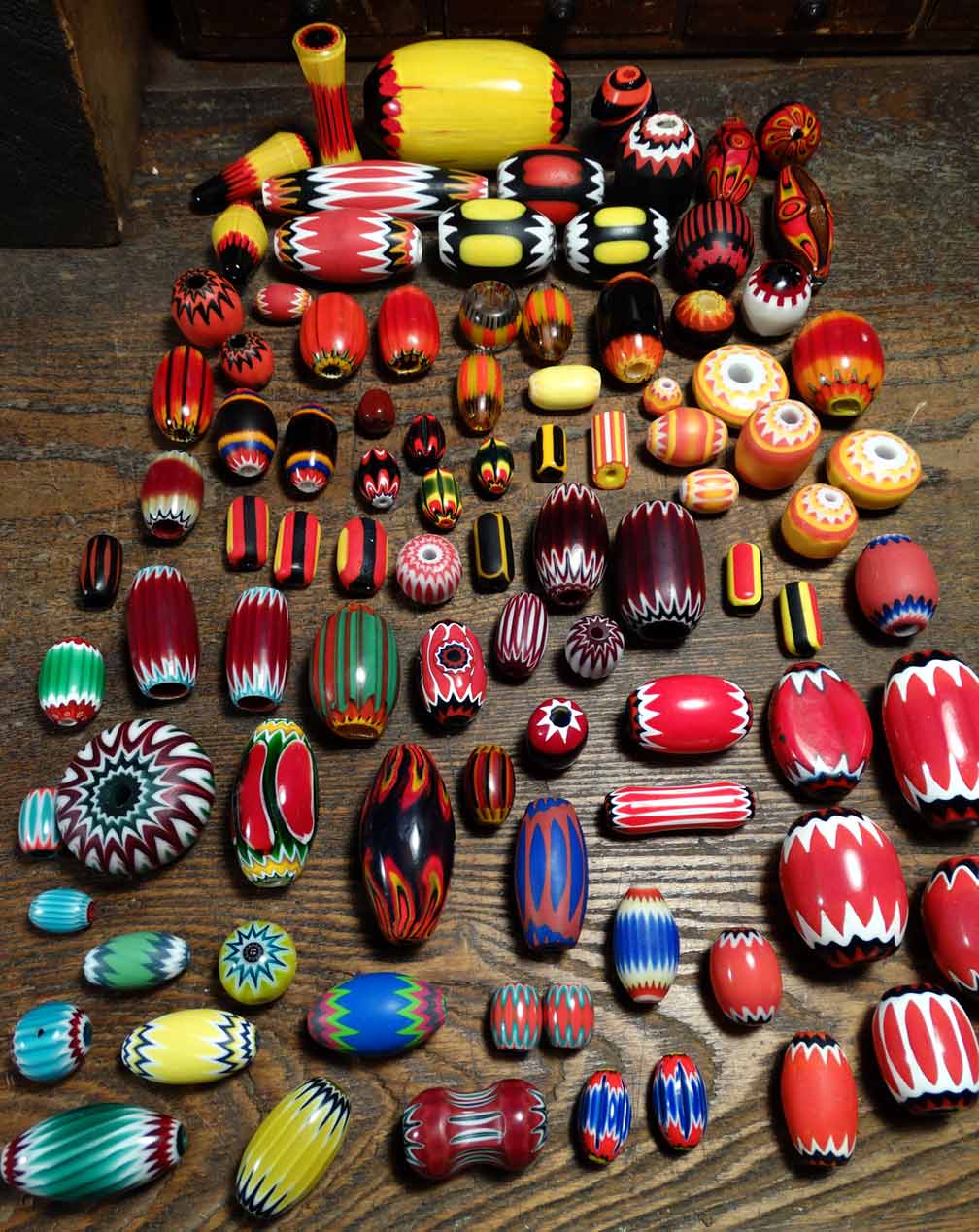