Mail author
09/27/2014, 04:33:42
Dear Bonpo, I was looking at your bead for quit a while, there is something wrong with it - I will try to explain. The bead was made with premanufactured stratified eyes, that were inserted into concave depressions on the core of the bead. This technique was well known from the third and second century B.C from the north of the black sea area, just at the end of the Greek empire and the beginning of the Roman empire at this area. I haven't seen this technique with the Warring state period on GLASS. I've seen them on a composite but never on glass.

The core of the bead and the eyes have different wear on them. This by its own raises a flag.

The core of the bead is TOO transparent also something I've never seen with Warring state beads.

So all and all the facts don't add up, especially if you bought it in the far east.

Please find attached the first photo is of a "normal" stratified eyes and the second one is premanufactured eye beads from the North Black sea for you to compare. 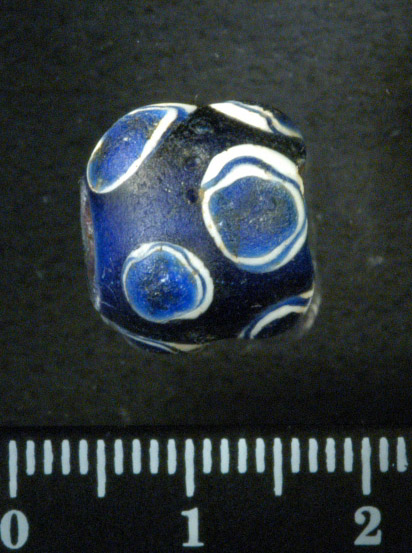 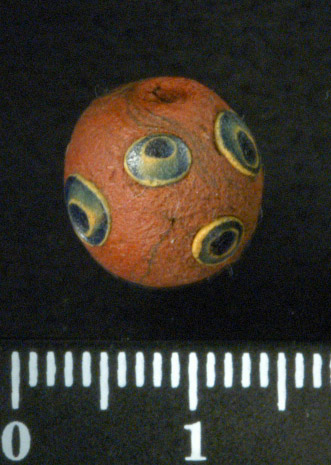